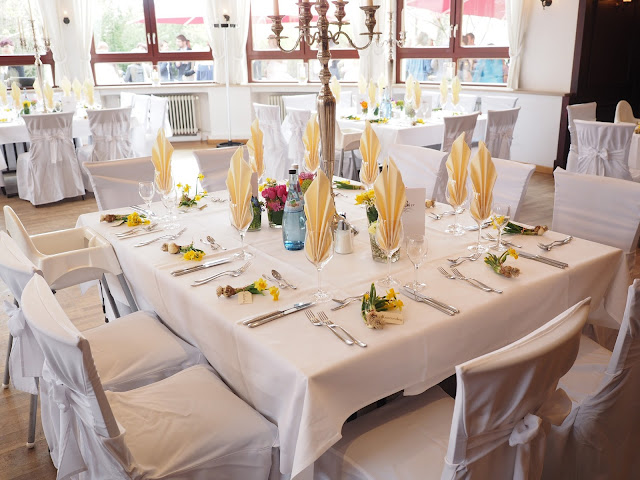 Let’s take you down the memory lane of 2016. As you know, event planning trends changes as frequently as fashion changes.

However, 2016 was a very fantastic year for wedding lovers. A lot of words could be used to describe its amazing trends but “boring” wouldn’t be one of them.

It was the year Nigerian wedding reception moved from the usual reception style to a more fun filled and creative wedding style.

Wedding reception stepped up its creativity– From hanging installation of lights to flowers to elaborate photo backdrops, vertical space and many more.

Here is a list of what went down in wedding reception trends in 2106. So, relax and enjoy as we go through the trends!

A Lot of Fresh air

It was really a year of plenty of fresh air receptions, the 2016 wedding reception featured venues where the outdoors played a starring role.

Most were a creating a natural masterpiece outside using lots of beautiful gardens and lush greenery for weddings.

Outdoor totally rocked 2016 and is still conquering in 2017!

Arrays of venue
Ranging from beaches, resorts, hotels, churches public gardens, parks, country clubs and yachts (both locally and internationally) were the most popular locations for weddings in 2016.

The 2016 wedding reception trend embraced more and more suspended lush floral paired with unique chandeliers as well as on the reception tables.

Also, aesthetically draped ceilings was another feature which took a forefront. It was an incredible way to make a classic statement within the styling of 2016 wedding reception.

Diverse menu
The 2016 brought about a revolutionary era of the foodie thinkers. Great food was meant an epic wedding reception.

The grand entrance
Why have an ordinary when you can have an extraordinary wedding entrance? No 2016 wedding reception was complete without the dramatic entrance of the bride and groom. Wedding guests tend to look forward to this memorable and surprising part of every wedding reception in 2016. While some grand entrances were completely themed, others were characterised by their story-like nature.

The long table trend at receptions gave a more romantic and intimate setting. So, out was it with the big round banqueting tables and in with long guest dining tables.

The long tables were made for being sociable and were usually topped with clusters of flowers and floral runners.

Cocktails
What better way it was to entertain the guests in 2016 than to serve them your favourite libations? This trend was not only easier on the budget but it was also an instant conversation starter.

Photo booth Frames
Photo booth frames were incredibly popular in 2016. Who didn’t love a photo booth frame? They allowed newly wedded couples to capture as many moments as possible without having to pay for a giant, bulky, boxy photo booth. While some were mere old plywood frames, others were designed as social media photo pro.


The biggest shift from 2015 to 2016 is in wedding gowns. Brides became more daring and really made a big fashion statement with their gowns.

In fact, most brides opted for the classic, timeless look. To say wedding reception dresses have never been sexier would be an understatement!

So, there you have it, these were the trends that went down in 2916 and many more. Do keep your finger crossed for what 2017 has in store for you!

Want your advert on this spot? Contact Wedding Trends now

It's been 26 years for Harold and Dancy D'Souza on the journey of marriage. Harold shares the inspiring post below with Weddings Tre...

Business Inquiries & Guest Posts. Fill out the form below.

Bring Wedding Trends to your wedding

Promote Your Page Too