Inspiring Story of Love from Friendship

Weddings Trends brings you the inspiring story of love that stemmed out of pure joy and friendship. It is the love between TT and ‘Ayomide’ as they fondly call each other. 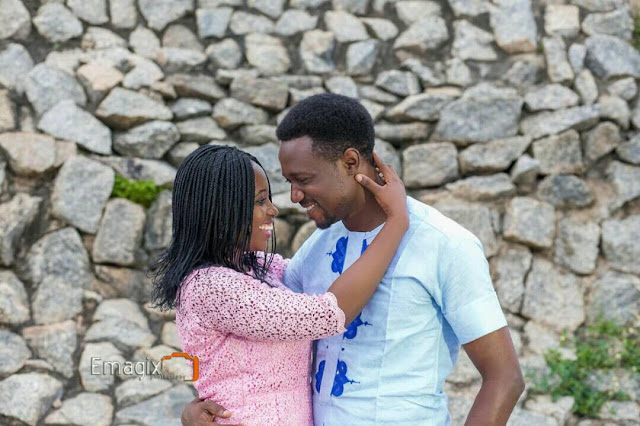 My name is Francis O. Timothy. Writing this piece is a great challenge, but I will surely do. I met my wife to be (Mrs. Francis in couple of days from now) through a friend and a classmate, Ibitunde Abayomi.

I was in 100 level studying Human Anatomy at Ladoke Akintola University of Technology (LAUTECH) in 2006 when we there was a six months national Academic Staff Union of Universities (ASUU) strike, and we had to stay back at home. My family was living in Ibadan until 2005 when we relocated to Akure the capital of Ondo state. I was not always at home even during off school days such as that of a national strike but was always in school. As a result, I did not to have any friend in Akure. My friends were my classmates at the university. In addition, fellowship mates became my friends due to my involvement in school activities.

At that time, there was a midnight call tariff called EXTRA COOL (I don’t know if it’s still on-going). I hated this tariff because it can waste people's time and make you to be less functional the following day. (I know you are smiling because virtually everybody enjoyed this tariff). It was on a faithful midnight that my phone rang. I was studying so I checked the phone, and it was Ibitunde Abayomi whom I usually call Yomi. I picked the call and we were discussing the strike. I told him how bored I was at home since I had no friends to relate with in my estate. 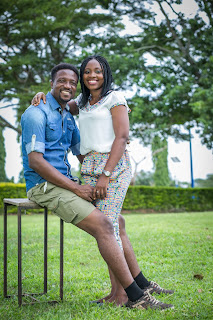 Then he mentioned that there was a classmate of ours who lived in Akure. He gave me her number (mind you, I went to pick Yomi's call in one of our cars (Mercury Villager) so that my father wouldn't hear me receiving late night calls). I told Yomi to let me go to my reading table to get my pen and write down her number. As I jumped out of the car, the National Electric Power Authority (NEPA) interrupted the light. So, I have no other option than to save the number offhand. Till now, I still have the digits offhand. Sharp but shy guy, I asked Yomi if she is not going to insult me because I hated insult. But, he said she was a good girl. I called her (though it was a tough time in their family but she responded politely). Hence, we became friends.

In 2010 when we went on Medical Posting (SIWES as they call it), our friendship became more affectionate that our bosses (Dr. Pelemo, Dr Omotayo, Mrs Adepoju, Mr Ogundipe, Sis. Tayo, and others) thought we were dating and even advised us to date each other. At that time also, I had been nursing the ambition, but held it to myself. I always dropped her off at home with my car and her siblings were like she should give me a chance, but she made them understand that we were just friends and that nothing intimate could come out of the friendship.

When we resumed back to school, our friendship was the talk of the whole college (Faculty of Basic Medical Science), because we were always together. We ate together, I dropped her off in her hostel, and, sometimes, I walked her down to Dorcas Hostel where she lived on campus. I thought she got used to me that she always wanted to be beside me.

When we graduated from LAUTECH, the 2011/2012 National Youth Corp Service (NYSC) posting 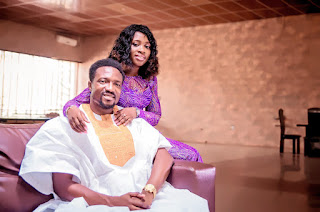 separated us temporarily, because we were posted to different geopolitical zones of the country. I was posted to Sokoto while she was posted to Ogun State.

In December 2013, I went to visit her at her house in Akure. However, I was granted visa to travel out of the country on January 2, 2014. I showed her my visa and my ambition to study abroad. She was excited and I remembered what I told her vividly. I said, "I know you will be married before I return back to the country, but don't let him impregnate you." And, that was my parting words for her. I hopped into my Peugeot 406 car and zoomed off.

On August 8, 2014, I officially asked her out and the journey started. I told my sister Damilola about her (though she had been telling me to ask her out) and she said, "I know you guys are meant for each other." I told Deaconess Lekuti (Mummy Vera) about her and she invited her to her house to have a one-on-one discussion with her. What they discussed with each of us one-on-one remained with each of us, as we never let it out till now. Hence, after much time with each other via Skype calls and other virtual contacts, I abbreviated her name as TT.

Here we are today... they always say it that the best person to marry is your friend, I never regret dating her, and she unconsciously fell in love with what I love. She knows when I am sad, and when I am weak. I love you more my only TT! 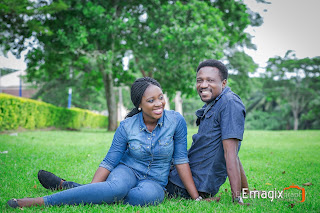 The definition of love according to the man (Francis O. Timothy) who got my maximum attention is TOLERANCE. Falling in love with him was predestined.

Initially, I knew something great will come out of our friendship, because he is a man that is so particular about the future. He is always conscious about what posterity will say about him. I only liked him as a friend and nothing more.

The very first time we ever talked was sometimes around 2006. He called me on the phone, and I remembered when he called that very night he told me, "I got your number from our class mate." I replied that I was not in Akure, because I wasn't ready to make new friends.

After some years, we eventually became friends. He is a friend to lots of people both in the department and the faculty. Yes, he is a man of integrity, hence, people love to associate with him. A lot of people (classmates and some fellowship members) accused me of dating him. Some ladies (jokingly though) confronted me about dating him. As a result, I decided to zero my mind never to give him a chance even if he proposed.

There was a time he told me, "You are my wife" in the class and anytime he sees me with another man he will shake his head (I didn't know what was on his mind though). He recently told me the reason behind his shaking of head.

I received counsel from different people (e.g. Seun Okaseun, and so on) from both far and near that 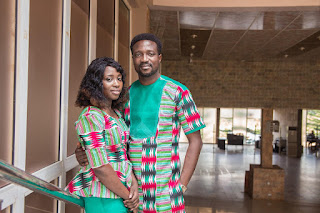 we were good together as a couple, but my response was, "I just like him as a friend and nothing more." Often times, he would say, "I have never found love in any other lady." As a very good friend of his, my advice was, "You need to learn how to express love, stop being an African man." Sometimes, I called ladies that I knew he liked (because ladies were always around him) to tell them that Francis was a good guy.

The most mysterious statement from him was when he came to my house and told me he was travelling, and that he knew I would be married before he returned, but that I should not be pregnant, because he knew that I was going to be his wife.

I love Tim because he came to my life when I needed him most. He stood by me and never gave up on me. I called him AYOMIDE and he is indeed my joy!!!

My Ayomide is the best. Thanks to God for the journey so far... Thank God that our paths crossed!!!

Weddings Trends will like to wish you both a blissful marriage as you tie the knot in a  holy matrimony.

Email ThisBlogThis!Share to TwitterShare to FacebookShare to Pinterest
Labels: Inspiring Story of Love from Friendship

Want your advert on this spot? Contact Wedding Trends now

It's been 26 years for Harold and Dancy D'Souza on the journey of marriage. Harold shares the inspiring post below with Weddings Tre...

Business Inquiries & Guest Posts. Fill out the form below.

Bring Wedding Trends to your wedding

Promote Your Page Too